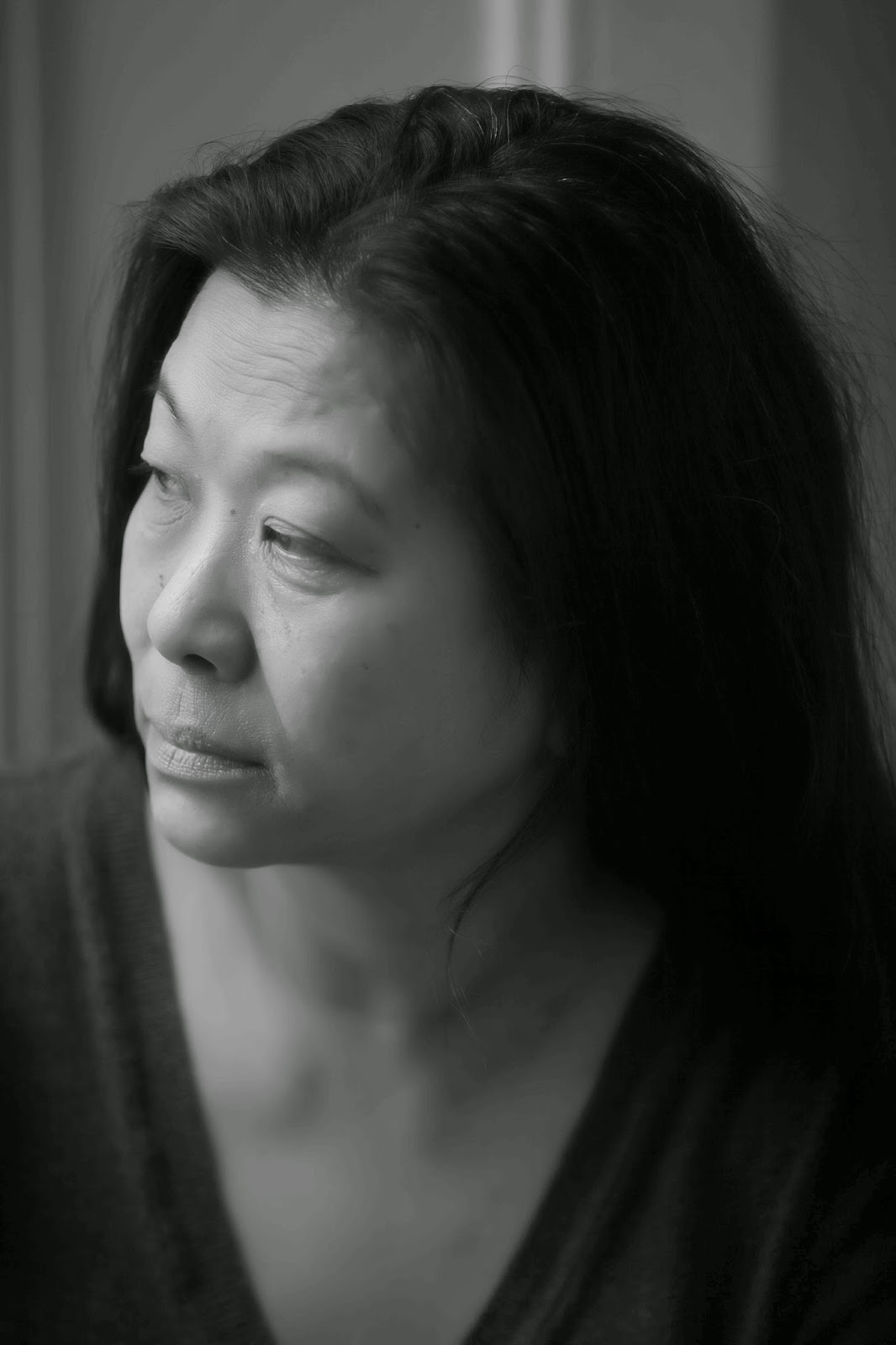 DEAR WONDERFUL YOU,
Letters to Adopted & Fostered Youth
Interview with Contributor:
LUCY CHAU LAI-TUEN
--
How did you become involved with contributing to Dear Wonderful You: Letters to Adopted & Fostered Youth?
I came across an online call out for adult adoptees who write and was lucky enough to have been chosen to contribute to a previous AN-YA project:
Perpetual Child: Adult Adoptee Anthology,Dismantling the Stereotype
Tell us about a memorable letter you have received. How did the letter impact your life?
One letter that has stayed with me (though I no longer posses the actual letter) was written by my adoptive mother. I must have received this when I was in my later thirties. It came via the “care of” route so not directly to me. I’m not sure what I was expecting, I think if I’m being totally honest I wasn't expecting anything, I was pretty neutral. Given that I had no contact with the family that had adopted me, at that time, for over twenty years. There is nothing quite like the sensation of opening a physical letter. The feel of the paper, the “intrigue” of what the letter says. I suppose there was a small part of me, even then that hoped, that almost dared to think that maybe things might have changed. That time would have mellowed opinions, that age would have injected a little more perspective and wisdom. Sadly that was not to be. My adoptive Mother had not changed.  If anything her attitude towards me had hardened and grown.
I was an ungrateful and nasty and... somehow managed to engineer the fact of my adoption with this family in order to take advantage of them. Well given that I was 11 months old when I was adopted (or the adoption order was submitted) I found that hard to accept even then. Now it just sounds and feels ludicrous! The letter went on for about four pages in the same vein. Calling me ungrateful, angry and many more unflattering (and untrue) descriptions. At that time, as an adult, it reduced me back to being a frightened, unhappy six years old who was bullied at school and not spoken to at home.
The reason that I choose to carry these sensations with me is to remind myself of what happens if you allow people to make you feel worthless.
“No one can make you feel inferior without your consent.” Eleanor Roosevelt
I think it was after receiving that letter I realized that I could not allow the past to control me. It can inform and help me to be a better person. But I must not allow it to consume me or dictate to me how I as an adult feel.
When you reflect on who you were as a child—what three words would you use to describe your younger self?
Alone, unhappy, curious
Pick one: pencil, pen, sharpie, crayon
Pencil
If you were having a really bad day, what song would you listen to?
I’m going to be a rebel and say that it would be one of two songs or pieces of music—David Bowie Changes from his album Hunky Dory 1971
Tito Gobbi and Maria Callas Tosca 1958
If you were having an amazing day, what song would you listen to?
It changes and will continue to change but right now I guess it would be
Jessie Jay Price Tag 2011
Pick one: morning, afternoon, evening, late night
Morning or should I say night to morning or is that cheating?
Name a literary character whose “character” you find admirable. Why?
Atticus Finch from To Kill a Mocking Bird by Harper Lee.
"You never really understand a person until you consider things from his point of view... Until you climb into his skin and walk around in it."
A strong father figure, who is prepared to stand up for justice. In fact he’s willing to put everything on the line for the pursuit of justice.
Describe your perfect dessert.
Ok, I don’t really eat desserts – but on the occasions that I do it would be vanilla ice cream with Moreno cherries and hot chocolate fudge sauce
Would you describe yourself as superstitious? Why or why not?
Good question, I’ve never really considered this. I will walk under a ladder as long as there is no one up the ladder with a bucket of paint. And seeing a black cat cross in front of me doesn’t make me worry. So I guess I am not superstitious in the traditional sense.
Being an actor I won’t whistle in the dressing room or quote lines from the Scottish play (Macbeth) but that’s more to do with tradition and being respectful of such things than that I believe I’ll be struck by lightening if I do these things

Pick one: blank piece of paper, lined piece of paper, piece of construction paper—
Blank piece of paper
When you are writing, do you prefer silence or sound? Why?
It depends what mood I am in and what I’m working on. If I’m researching just starting out then noise, music, the radio, or just the hubbub of a local café as I sit, think and people watch as I scribble down thoughts, theories or just ramble on.
If I’m working on a play or a film script then I tend to do this when I’m listening to music – usually music that is somehow connected to the subject matter, could be popular, R&B, Soul, Hip Hop or classical. Poetry I tend do find my best thoughts inspirations when I’m travelling on public transport so I’m usually listening to music and it tend to be modern stuff Mark Ronson, Gregory Porter, Sam Smith, Paloma Faith, Annie Lenox, Bruno Mars, Jin.
Pick one: Coffee, tea, water, soda—
Black tea
What is the first thing you do when you get out of bed in the morning?
Put the kettle on
Tell us about your life now. What are you working on? Do you have any projects recently released or in the works?
First off I’d just like to say don’t ever let anyone ever tell you, you cannot do . . .
If you want to you can do anything that you put your mind to. Fore sure it might not happen immediately and I think there are reasons for that. If I had had the opportunities that have now come my way in the last eighteen months to three years, when I was younger I would have muffed it. I would not have had the sense, the maturity, the life experience and the ability to make use of the opportunities and maximize the potential and full scope of these opportunities.

I’m now into the first month of a seven month writing bursary for a company called
Nimble Fish I’m writing what will be my second solo theatre piece and it is about twins separated at birth, both transracial adoptees. One in the UK and one in the US.

The Janus Child (working title) is a complex emotional journey. One person’s fight for recognition— both internally and externally. A story of societal misconception, structural and institutional prejudice, abandonment, loss, grief and the primal instinct to find one’s place in the world, one’s identity. How the human mind can be a protective shield or a hostile, toxic environment that harms not just the individual, but society as a whole. How the needs of an adult can so often eclipse the needs and wants of the child and in its wake lay the seeds of future problems.
A play of mine Conversations With My Unknown Mother is hopefully going to go into full production later this year -  this play is all subject to funding so if anyone knows a rich art lover who wants to invest in a new play by an up and coming British East Asian Artist then please do drop me a line!
Conversations is a four hander with an all female cast. The play explores “the adoption triad,” Birth Mother, Adoptive Mother and Adoptee.  It questions the nature of family and the Mother/daughter relationship. Looking at the soft dark underbelly of transracial adoption and seeing a glimpse of the true legacy that transracial adoption can bequeath.


I’ve also written for another anthology, which is due out soon titled, Adoption Survival Guide.

I’m still working on my own anthology of poems – any publishers out there interested in talking to me about publishing my work please do get in contact.
My documentary Abandoned, Adopted, Hereis now in its final post production phase and is being entered into several film festivals in the UK.
One of the last projects that I did was The Orphan of Zhao Reduxto highlight the wealth of East Asian acting talent in the UK and how chronically underused we are.
And I continue to speak and write in general about being an artist of color and what it means to be a transracial adoptee.
More work on a play as an actor this time A Ploughed Heart by Vanessa Oakes in the Autumn/Fall.
If you’d like to find out more about me or see more of my work then you can visit me at my website www.lucysheen.com or follow my blog Lucy Sheen actor writer filmmaker adoptee
Finally I’m slowly getting things ready for a novel or should I say it’s more of a fictionalized auto-biography.

And that’s about it for the moment.
Please feel free to say hello via my website.  I’d love to hear from you.
Wherever you are and whatever your circumstances are remember that you are a unique, talented and amazing human being that has so much to give.
Respect and love,
Lucy
--
PurchaseDear Wonderful You Here