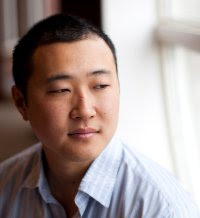 Interview With
MATTHEW SALESSES
How did you become involved with contributing to Dear Wonderful You: Letters to Adopted & Fostered Youth?
I’ve contributed to several An-Ya Project anthologies now. Glad to be able to continue.
Tell us about a memorable letter you have received. How did the letter impact your life?
I’ve received many memorable emails from other adoptees. Some of the most amazing ones have described life experiences very similar to my own. Similar enough that a person can start to think there’s a certain arc an adoptee goes through as s/he comes to face adoption later in life than most adoptive parents would think.
When you reflect on who you were as a child—what three words would you use to describe your younger self?
Quiet, angry, confused.
Pick one: pencil, pen, sharpie, crayon
Pencil.
If you were having a really bad day, what song would you listen to?
My daughter singing.
If you were having an amazing day, what song would you listen to?
My daughter singing.
Pick one: morning, afternoon, evening, late night
Morning, but only with enough espresso.
Name a literary character whose “character” you find admirable. Why?
I’m not interested in admirable characters. The more flawed the better.
Describe your perfect dessert.
Revenge? Kidding.
Would you describe yourself as superstitious? Why or why not?
I wrote an entire novel about superstitions and myth. In a way, I sometimes wonder what else we even have.
Pick one: blank piece of paper, lined piece of paper, piece of construction paper
Blank piece of paper.
When you are writing, do you prefer silence or sound? Why?
Silence. Sound distracts.
Pick one: Coffee, tea, water, soda
Coffee.
What is the first thing you do when you get out of bed in the morning?
Check what time it is and whether I can go back to sleep.
Tell us about your life now. What are you working on? Do you have any projects recently released or in the works?
My latest novel, The Hundred-Year Flood, was a Kindle First pick for August and is now available:
The Hundred-Year Flood 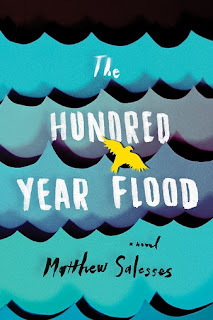